Like it or not, Harper is on a roll…

By: Canadian Soapbox
In: Featured
With: 3 Comments 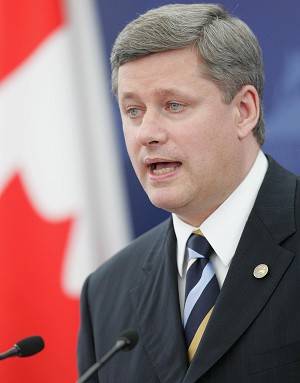 Those who took great delight in the travails of Stephen Harper over the summer are likely none too pleased with more recent developments. The blogosphere tends to be extremely partisan in nature, and objectivity is often a scarce commodity.

But love him or loathe him, the fact is Harper is on something of a roll.

I’m not going to suggest that a run of good press and good optics is going to suddenly convert legions of detractors into fans….the news hasn’t been that good. But for the majority of Canadians who are more interested in hockey and reality TV shows than politics, recent events likely have them feeling at least a little more warm and fuzzy about Canada’s Prime Minister.

Back in July I wrote about Harper’s Summer of Discontent, detailing the numerous blunders and scandals that were plaguing the Tories. Wafergate was hardly anything major, but it did cast the Conservative leader in a negative light. More damaging was the mess over the funding of GLBT -Gay, Lesbian, Bisexual and Transgender- events across the country. It harkened back to the days of the “scary” Reform/Alliance parties. Soon thereafter Harper was going all pitt-bull over a quote misatributed to Liberal leader Michael Ignatieff while on the world stage at the G8 conference in Italy.  Read More…